The Importance of Wildlife Investigations 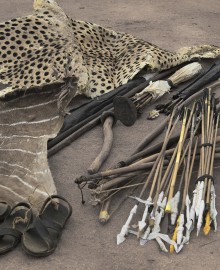 Wildlife crime, whether it be in the form of poaching, trade in exotic species, illicit logging, protected species persecution, or any other type of illegal exploitation of flora and fauna, is a pervasive and omnipresent danger to species preservation and conservation. Following closely behind drugs and arms trafficking and trafficking in humans, wildlife crime is a billion dollar threat that spans countries and continents. Despite the enormity of the problem, relatively few resources exist to combat it. Countries facing what could be seen as a war on their environments often do not have the manpower in terms of conservation officers, rangers, or law enforcement personnel to pose as a deterrent or to handle the often overwhelming need, as poachers are using increasingly sophisticated tactics financed in many cases by covert or corrupt organizations. In addition, poor countries face a considerable scarcity of funding for combat operations. There is often also a lack of knowledge or even awareness of what is required in terms of investigatory processes. And even in countries with adequate financial backing, personnel, and regulatory support, there is often simply a dearth of experience and comprehension regarding proper ways to analyze, investigate, and document these crimes and present the cases in court.

Using forensic science to aid in wildlife investigations is a fairly new practice but one that is gaining traction, especially in areas where there are meager resources. Due in part to recent discoveries and research into the utilitarianism of DNA in poaching cases, forensics has come to the forefront in natural resource exploitation and regulation. It is a science not confined to human crime; it can be applied to wildlife and environmental illegalities as well.

Wildlife forensics can be broadly defined as the application of science to legal concerns involving biological resources. More specifically, forensic science in these types of investigations can be used to track and identify criminals by the use of evidentiary analysis, whether it be DNA, trace evidence such as hair or feathers, animal tracks, classification of animal products or imported, exported, or traded goods, or the

simple recognition of what constitutes indisputable, demonstrative evidence. Too often these items are overlooked or ignored or are improperly assessed. Courts are demanding more and more irrefutable evidence when and if these types of cases even make it there. Education and instruction into proper crime scene processing, recognition of important case factors, and what to do with evidence once it is identified is vital to those whose job it is to fight these types of crimes, many of whom have limited training or experience. Arming those who are tasked with defending nature with this knowledge could also be integral to the preservation of biodiversity and basic resource sustainability. While the use of forensics in wildlife and environmental crime is not the sole answer, it can be seen as one weapon in the arsenal of species protection. Long-term survival of the intrinsic value of our ecosystem and natural environment may depend on it.