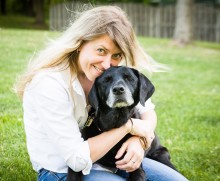 Susan Underkoffler, MFS, holds two Bachelor of Arts degrees in Biology and Scientific Illustration from Arcadia University and a Master of Forensic Science degree from Drexel University College of Medicine. She has developed an animal forensic science track at Drexel University College of Medicine, offered as part of their graduate forensics program. She spent many years as Forensics Manager for the Pennsylvania SPCA, where she developed the first Forensics Unit and handled all forensic responsibilities associated with humane law enforcement animal cruelty cases including crime scene documentation, evidence collection and processing, animal forensic exams, necropsies and courtroom preparation, along with assuming veterinary technician responsibilities and management of a court case animal fostering program. She developed and participates in community advocacy initiatives including the establishment of a Philadelphia Hoarding Task Force. She also previously worked as an analyst and researcher in the toxicology and criminalistics departments at NMS Laboratories and Fraunhofer Center for Molecular Biotechnology and was an environmental scientist performing wetland delineations, Phase I site assessments, and wildlife monitoring in both Pennsylvania and Delaware.

Susan has traveled nationally as a professional consultant and educator for animal cruelty investigations. She has conducted international research in several African countries, including primate behavior and habitat conservation in Equatorial Guinea, Africa, and elephant tracking, censusing and behavior monitoring in Namibia, Africa. She also studied elephant social behavior at the Philadelphia Zoo. She has published scientific articles and biological and scientific illustrations in numerous publications. Susan is active in many professional organizations including the Society for Conservation Biology, Animal Behavior Society, Guild of Natural Science Illustrators, Association of Women in Forensic Science, American Academy of Forensic Science, and the International Association for Identification, and she currently serves on the Board of the International Veterinary Forensic Sciences Association. She also serves on the Pennsylvania and Philadelphia Animal Response Teams.