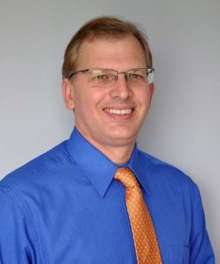 Jason H. Byrd, Ph.D., D-ABFE, is an associate professor within the University of Florida Department of Pathology, Immunology and Laboratory Medicine and the associate director of the William R. Maples Center for Forensic Medicine. In his capacity as an professor, Dr. Byrd instructs courses in forensic science at UF’s nationally recognized Hume Honors College. Dr. Byrd is also a fellow of the American Academy of Forensic Sciences, and he serves as the director of education for the ASPCA Veterinary Forensic Sciences Program at the University of Florida.

Dr. Byrd has combined his formal academic training in entomology and forensic science to serve as a consultant and educator in both criminal and civil legal investigations throughout the United States and internationally. He specializes in the education of law enforcement officials, medical examiners, coroners, attorneys and other death investigators on the use and applicability of arthropods in legal investigations. His research efforts have focused on the development and behavior of insects that have forensic importance, and he has more than 15 years of experience in the collection and analysis of entomological evidence.

Currently, Dr. Byrd serves as a subject editor for the Journal of Medical Entomology. He has also published numerous scientific articles on the use and application of entomological evidence in legal investigations